#63-I Am the John Henry of Snow Shoveling 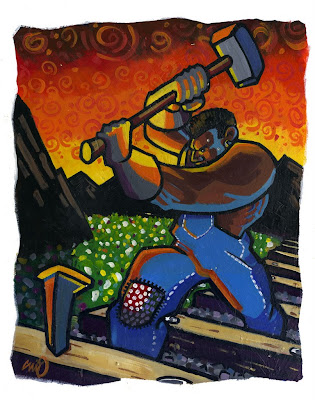 More than anything else right now, shoveling snow is my full-time job. Do I dabble in writing? Oh, I suppose I occasionally churn out a story in my down time, but mostly I just get out there and move the white stuff. It's not such a bad gig, really. I've got a great shovel. It's a Suncast PowerGrip with double wall construction, a fiberglass core and a resin sleeve on the handle which allows both maximum power and handling finesse. Admittedly, the PowerGrip’s a lot of shovel, but I need the horsepower because I'm what we in the biz call a “big lifter."

There are, for those of you not in the professional snow management field, quite a few categories of snow movers. There are snow pushers, light lifters and mid-stormers--who, for reasons I cannot fathom, think getting out there while it's still snowing makes the job easier. We "big lifters" get as much snow as possible into our shovels each time we scoop and although we burn a lot of energy, we get the job done. A lot of "big lifters" don't shovel very fast, but when I get out there I like to open up the throttle and let 'er rip. The main reason for this is because I'm surrounded on all sides by “blowers,” or people who clear their snow using gas-powered snowblowers.

To a pro shovel jock like me, there’s nothing more repellent than a “blower.” I mean, if you’re 80, sure, or if you’re going to do the whole block. But to me, cranking up a machine just to clear your 30 feet of front walkway is, well… it’s un-American, God damn it! This ain’t Sweden pal! Shovel your own damn snow!

So, the reason I shovel faster than a lot of my fellow “big lifters” is that I’ve got to show these “blowers” what a man can do when he decides to move snow. I’m the John Henry of snow shoveling—pitting my sinew, sweat and bone against the machines because it’s what I believe in. I’m not just shoveling my driveway, I’m shoveling to protect the American way!

I’ll admit though, when we got 12 inches last week, if I’da owned a snowblower I’da have been sore tempted to crank ‘er up. See, the thing about 12 inches of snow, aside from being a rap classic, is that it’s not 12-inches deep. No indeed. You see, when it snows all night, the snow plows run all night, and they shoot the snow out of the road up onto your sidewalk and driveway resulting in a 2-2 1/2-foot thick layer of hard-packed, heavy snow.

You know how Eskimos are supposed to have 14 words for snow? Well, we snow pros aren’t far behind. You got your light dusting, your soupy melting, your crème-brulee, which is when the sun melts the top layer of the snow, then it refreezes and turns to ice. And when the plows come around and deposit tons of snow onto your drive, we call that “layercaking.”

Last week’s snowfall wasn’t too bad on its own. It was deep snow, but light and fluffy. It was actually kind of a rare pleasure. You don’t often get to work with such high quality material in quantities like that. I cleared the back walk in no time and was just digging into the driveway when I glanced out towards the road. Lordy! Obviously, I’ve seen some layercaking in my time, but this took the layer cake. It seemed like every plow in town had made a special trip just to dump snow onto my driveway.

Still, I’m a pro, so I stomped down there and got right at it. I’ll tell you something folks, this was the stuff of snow pro nightmares. The embankment was about 3-feet deep and comprised mainly of huge chunks of ice that had been packed down by vehicular traffic then pried up by the plow and dropped on my driveway. If there are two things a shovel jock hates they are as follows: 1. Having to break up the snow before you can shovel it; and 2. Having so much snow already piled at the sides of your driveway that you have to walk the snow halfway down the block before you can put it down. This embankment had both characteristics.

It took me literally three hours to clear the driveway, back and front walks, and that was before I even went to work on the roof. I’m a pretty hard man when it comes to snow jobs, but this one required every trick I know including the singing of the negro spirituals “Follow the Drinking Gourd” and “Dese Bones Gwine Rise Again.”

Still, as always, in the end, I did the job and did it well. In fact, I was so proud of my work that I took some photographs. Check them out below and please contact me with any snow-related questions or comments.

Here’s the snow load before I went to work on it. See that little rake thing? Oliver was using that to “help” me. 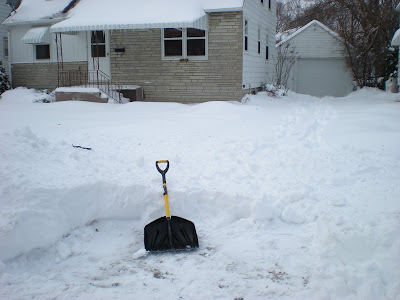 Then he ended up doing this… 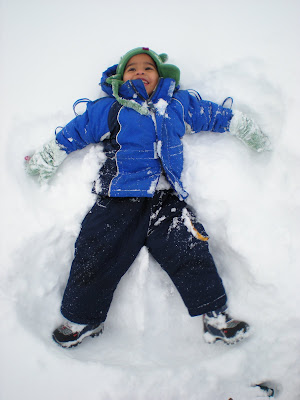 So, yeah, he’s still on time out. Again, this is not communist Sweden. Snow is used for forging character, not having fun. 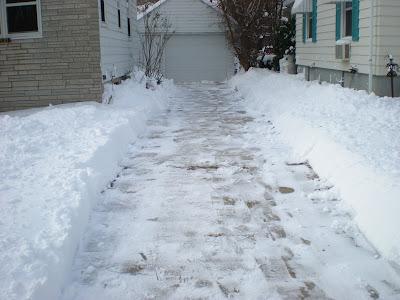 Here's the driveway after I got finished with it.

A couple snow tips from a pro: Try to toss your snow into the middle of your lawn as I have done here. This will prevent the buildup of a wall of packed snow at the edge of your lawn and will make future shovelings easier. Also, if you’re just starting shoveling and you don’t have a dominant side yet, train yourself to shovel both left and right handed, this will save a lot of strain on your back. 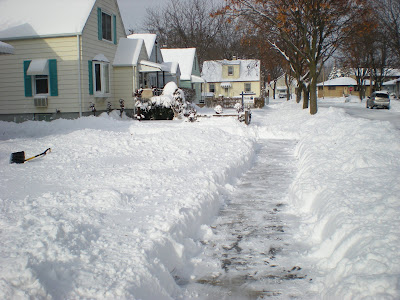 Notice here where my front walk abuts my neighbor’s. He’s a “blower.” Notice the soulless straight edges along his walkway and how uninspired the street surface looks. This country’s going to hell in a handbasket. 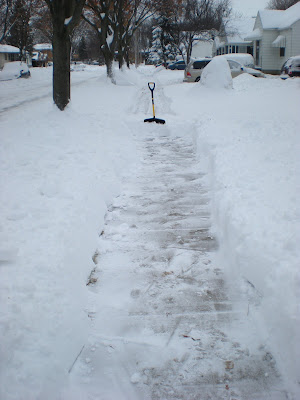 Can we get links to those negro spirituals?

If it only snowed once a year I'd be with you on shoveling it yourself, but hell man... It's just gonna drop another 12" in a few days.

Spare your back the strain and get a blower!

Maybe I'll think about borrowing one.

We need you bad Chris.
Did I hear you come down to
chi town soon???
got a fresh couple o inches...