#70 - I Am the Pythagoras of Snowshoveling 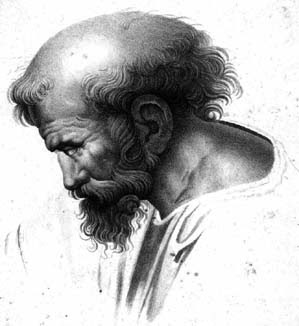 As most people know, I Am the John Henry of Snowshoveling. What many of you will be surprised to learn is that I am also the Pythagoras of Snowshoveling. While I was logging my many, many hours of shoveling a few weeks ago, my trusty Suncast Powergrip clasped in my begloved hands, I started wondering exactly how many tons of the white stuff I would be shifting this winter.

This casual questioning quickly took on momentum until I launched into a full-on quixotic quest to develop a formula by which I could attempt to calculate the total weight of the snow I'm likely to shovel this winter. My search began at the National Climatic Data Center where I learned that over the last half century Madison has averaged 44.1 inches of snowfall (including ice pellets and sleet) per year. Of course, as I and my fellow snow management professionals know, snowfall comes in very different weights and densities. Shoveling sixteen-inches of freshly-fallen, powdery snow can be easier, relatively speaking, than shoveling only six inches of icy slush, and, making maters even more complex, when two snowfalls overlap, the resulting “snowpack” can consist of layers of both light and heavy snow.

Years ago meteorologists attempting to “weigh” snowfall developed the rule of thumb that ten inches of snow would melt down to one inch of water. Since they knew pure water weighed in at 62.4 lbs per cubic foot they could guess the weight of a snowfall based on the depth of the snow on the ground. (Pure ice, as seen here, is about .9% less dense than pure water, which is why ice cubes float in your drink.) Unfortunately, while the 10:1 ratio was nice and easy to work with, it was an ineffective and flawed measuring device.

When it snows in temperatures around the freezing point, the ratio of snow to liquid water is indeed about 10:1. However, as temperatures, flake structure and wind velocities fluctuate, that ratio may range anywhere from the fabulously fluffy 100:1 to the sopping wet 3:1. Here in the US, the ratio is typically between 8:1 and 20:1, and the current countrywide value set by the US National Weather Service for converting snowfall into its liquid water equivalent in the absence of actual snow samples is 13:1.

So, assuming a 13:1 snow-to-liquid-water ratio and an average snowfall of 44.1 inches, how many tons of snow am I fated to shovel every time we overwinter in Madison? Well, let’s do the math: given the weight of water, one inch of average USDA-approved 13:1 ratio snow spread over one square foot of surface would weigh about .42 pounds. So, if you had a 45-foot by 10-foot driveway, or 450 square feet of surface area, a one-inch snowfall would leave you 189 pounds of snow to shovel. And, given our half century-long average snowfall of 44.1 inches, your driveway alone would represent 8,334.9 pounds of shoveling goodness in an average year.

To customize your own shoveling load, simply use this formula:

In some respects all this shoveling is good for us. The US Surgeon General’s Report on Physical Activity and Health in 1996 found that snow shoveling was a good exercise—about the equivalent of running at 9.3 miles per hour. Unfortunately, as snow shoveling is deceptively strenuous, and because cold temperatures can increase the viscosity of circulating blood, snow shoveling is also a common cause of heart attacks.

As for the weight of the snow deposited at the base of your driveway by the snowplow just after you’ve finished the rest of your shoveling: It cannot be calculated.

I used this research for my Madison Mysteries column on the Onion's Madison website. Check it out here.
Posted by Chris Connolly