I took the kinder to lovely seaside festival the other day. They had a troupe of pirates lead the assembled kids on a treasure hunt featuring a real buried chest in the beach. But I found an even greater treasure! Rrrrrread on!


At first I was just shooting the charismatic pirate king as he took the kids on the treasure hunt. 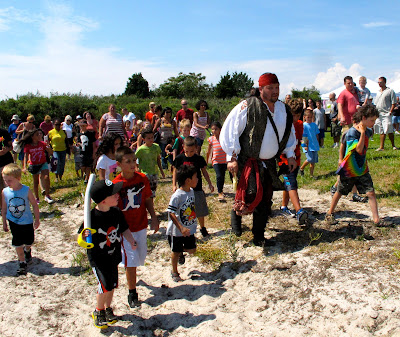 I marveled at how unusual the pirates looked on the beach in all their finery. 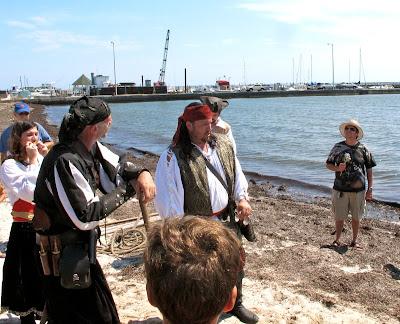 But then I noticed Native American Spiritual Shirt Double Pinwheel Joe Peschi and I thought, "who's really the unusual one here?" 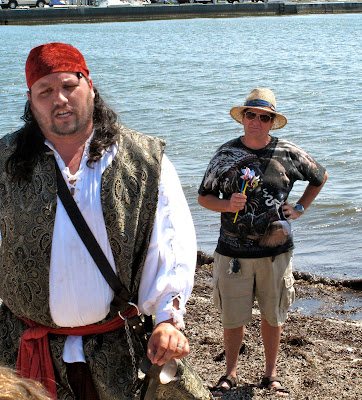 The answer was never in doubt.