BROOM (bro̵̅o̅m, bro̵om)
A bundle of long, stiff fibers or straws (originally twigs of broom) fastened to a long handle, used for sweeping. In baseball, when the home team is close to accomplishing a sweep (having won the first two games of a three game series or the first three games of a four game series) some fans will bring brooms to the ballpark and brandish them as a way of taunting the other team. 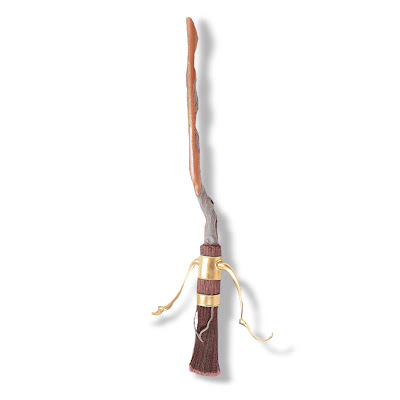 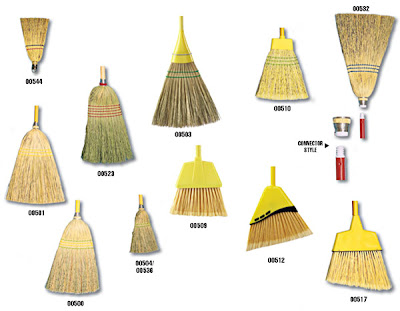 A nice selection of household brooms. 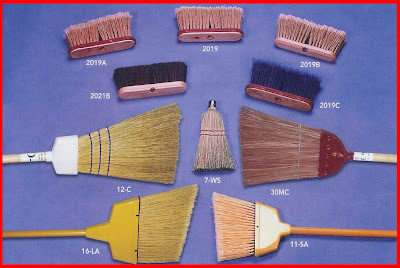 These brooms would be good for a small shop or business. 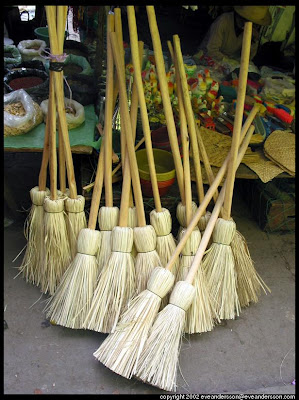 Couples jump over these wedding brooms in African marriage ceremonies. 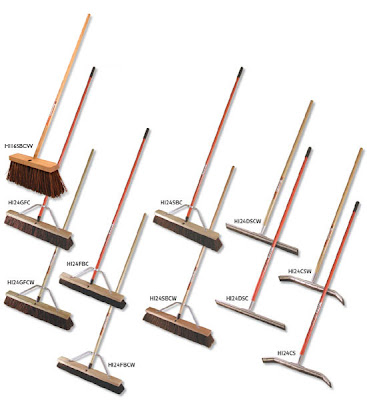 These are larger "push" brooms and some squeegees.
Posted by Chris Connolly