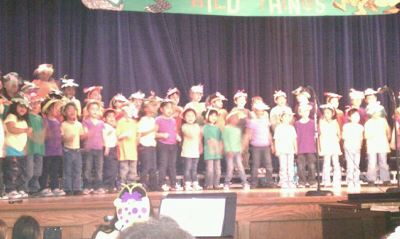 Young Oliver C. turns in a risk-filled, but ultimately star-making performance as Narrator 14 of 63.
Posted by Chris Connolly

I eagerly await the national tour! Hello, Mr. Ahmanson? Have I got a show for you! Ooomf!