Here's another recent story published in Draft Magazine's May/June 2010 Food Issue. Enjoy the piece and check out the magazine. 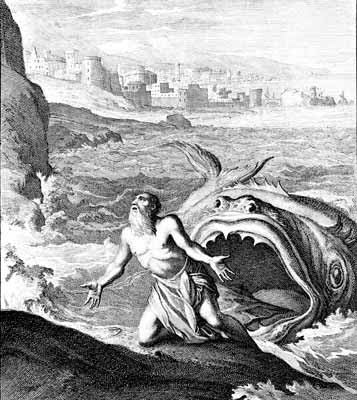 America's Biggest Bites and the Beers That Go With Them, by Chris Connolly

The problem with many of America’s so-called “biggest foods” is that they tend to be publicity stunts. Do you really care that someplace someone once constructed a 4,000-pound banana split or a burrito bigger than a burro if you can’t order it for yourself? We sought out the biggest real-world, on-menu items we could sample for ourselves. So are you hungry? Really hungry? Great. Then tie on your best bib, put a bucket in your trunk, and dig in.

THE GRUB: With locations in San Diego and Las Vegas, Hash House a Go Go pulls off the nifty trick of not only serving giant portions of food, but also making them intriguing, well-executed and delicious. Too often big-bite chefs eschew quality in favor of quantity, but the Hash House’s Indiana-inspired “twisted farm food” unerringly favors flavor over flash. Our faves include the signature Big Ol’ Crispy Hand Hammered Pork Tenderloin Sandwich -- a nearly two-foot-wide, potato chip-crisp pork pancake, pounded paper thin, sandwiched in a whole-wheat bun and served with your choice of toppings. For breakfast we like the namesake hashes, for example: the meatloaf, roasted red pepper, spinach and smoked mozzarella hash with crispy potatoes and eggs. To give you an idea of the size, the dish is served in an honest-to-goodness, 12-inch cast-iron skillet... and it doesn’t fit.

THE BREW: Try anything from San Diego’s own Stone Brewing; add more attitude to those big portions with a pint of Arrogant Bastard Ale.

THE GRUB: We’re usually not fans of places that have surly-for-surly’s-sake service, but the staff at Durgin Park, in Quincy Market, Boston, has been flinging flatware at their customers since the English were running things, so we’ll make an exception. Order the duck at Durgin Park and you get just that: a whole duck. Order pork chops and you’ll find a couple six-inch thick (not long) chops staring up at you and asking, “Do you feel lucky, punk?” And while these two dishes are certainly forces to be reckoned with, the undisputed heavyweight champion of the menu is the Durgin Cut Roast Prime Rib of Beef—a Flintstonian rib, cooked to perfection and immodestly overlapping the massive plate it’s served on by about 10 inches on either end.

THE BREW: When in Boston, do as the Bostonians do (other than the ridiculous accent, that is). Chilly pitchers of all things Samuel Adams -- including all the seasonal special brews -- are always on tap.

THE GRUB: Although the sandwiches at Katz’s Deli on New York’s lower East side are undeniably massive -- they’re probably the size of, say, your cat -- they’re not as huge as some of the other things on this list. However, while a total disregard for portion control may not be on order at Katz’s, the deli fare is as fine as any you’ll find in the country and the beer is worth the trip by itself.

THE BREW: Katz’s Ale, served on tap, is brewed by nearby Brooklyn Brewery and pours like a dark black tea. The roasted malts utterly ooze with smoky caramel overtones and the sweetness and slight background tang provide a perfect foil for the buttery, salty pastrami and corned beef.

THE GRUB: While the slogan “Home of the free 72-ounce steak” may be slightly misleading -- it’s only free if you finish it -- you’ve got to like a place that challenges its clients and serves beer in both buckets and souvenir glass boots. Of course, the steak selections aren’t all 4.5-pound slabs straight out of the Mesozoic; you can also enlist for a (comparatively) modest 20-ounce T-bone, a 16-ounce strip, a 21-ounce Lone Star sirloin, or any number of rib and burger options.

THE BREW: With 17 beers on draft and many, many more in bottles, you won’t go thirsty at “the Ranch.” Go with a Texas classic like Lone Star or Shiner Bock.

THE GRUB: Of all the things that go well with beer -- pizza, ribs, burgers, toothpaste, air -- hot dogs are a time-honored favorite. We’re not exactly sure how the venerable “Home Wrecker Hot Dog” goes about destroying marriages, lives and houses, but when you’re staring down 15 inches and 3.5 pounds of deep-fried doggie topped with peppers, onions, nacho cheese, chili, jalapeños, mustard, ketchup, coleslaw, tomatoes and lettuce, you just assume the answer’s in there somewhere.

THE BREW: Beer’s not served on premise, so pair this dog with a growler of Mountain State Brewing Cold Trail Ale, a crisp blonde that’ll help you work through a mouthful of beef.
Posted by Chris Connolly