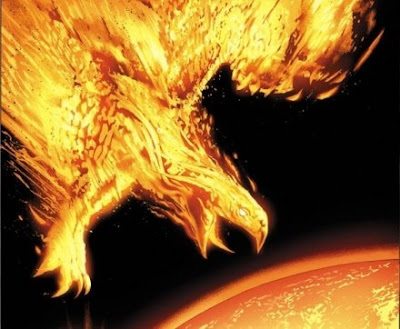 Tomorrow is one of those weird surprise election days around here that only retirees and serious political junkies know about. You know those kind of "pop" elections where you vote for judges and sheriffs and the vice-comptroller and things like that.

Sometimes, when I'm really feeling civic, I'll do some research about the people running for these offices, but to be honest, I usually just base my selections on lawn signs. If you see a Franklin For Library Chancellor sign on a lawn where there's an aging Obama sign, you're probably good to go. If you see a Libbey for School Superintendent sign on a lawn where there's a NASCAR flag flying, well, F you Libbey! I hate you. Whoever you are.

Sometimes I've tried to do some research before voting in one of these lesser elections and been unable to find any info about the candidates. What I usually do then is either leave the voting to people who actually care, or I'll vote for the candidate with the least white douchebag sounding name. So, if Maria Sanchez is squaring off against Douglas Thomas, well, "!Adios Senor Thomas!"

The real reason I'm writing this however is because as I was checking out lawn signs today I had a great idea which I want to donate to the Democratic party. I'm just going to leave it up here and assume that eventually it will be found and implemented.

Okay, here goes: Every election we all wonder how the Repubs have convinced so many lower income people to vote against their own interests. And I believe the answer to this question is that the Republicans have succeeded in painting the Democrats as kind of "gay." In a very schoolyard way, they've disseminated this feeling that the more left-leaning you are, the "gayer" you are. Sort of like the GOP had people stand outside polling places whispering "homovotedemocrat" to everyone on their way in, and it actually worked on a lot of folks.

My solution to this problem is not a sure-fire cureall, but I do believe it would alleviate a lot of the pressure. Basically, the idea is this: Ditch the donkey as the mascot/logo thing and replace it with a phoenix.

I mean, honestly, no one even knows why that thing has to be a donkey anyway right? Sure, you could look it up, but if one day Obama came out and manfully announced the donkey was being replaced by a badass phoenix (possibly on a Harley,) would anyone miss the donkey? Of course not. They'd be too swept up in the awesomeness! And a really great side benefit of replacing the donkey with a phoenix would be that if the Repubs tried to change the elephant, they'd totally look like copycats!

Just picture when the next election rolls around and every time the Republicans and Democrats are represented graphically, it looks like this: 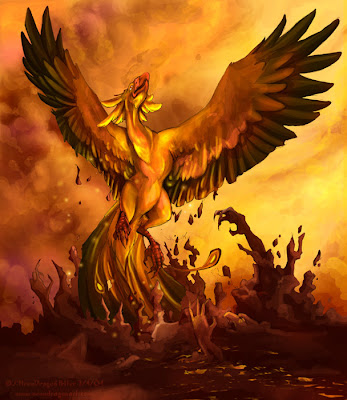 Who's the "gay" party now, bitches?
Posted by Chris Connolly

Most importantly, a change wouldn't make democratics look like a bunch of asses.
But your phoenix graphic is kind of gay, not that there's anything wrong with that.
Perhaps an eagle? Noble steed? Buffalo?

"Gayness" is as "gayness" does.

Dude. The Phoenix is hella gay.

Dang! All that yard gazing you've been doing has really paid off. I concur. Perhaps a red phoenix rising from white stars on a blue background.

Wow... How fitting... A fictional character to represent your party... Ingenious..