As none of you probably noticed my site's been down for a few days while I struggled to convince eNom and Google.com that I am, in fact, Chris Connolly, owner and proprietor of ChrisConnollyOnline.com and that I should be allowed to renew my domain name. Eventually, after many hours on the phone and much back and forth with both entities, I sent them this email: 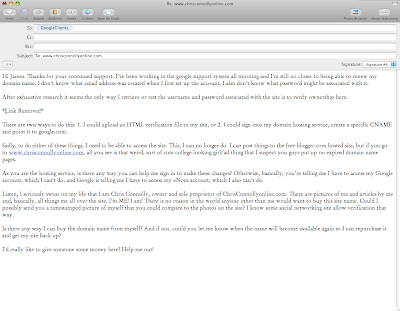 Somehow that impassioned plea sparked something in the eNom guy's head and he came back to me this morning with a link that fixed everything in about 15 seconds. The link, essentially, was

I don't want to dwell too much on this painful experience, so I'm just going to move on. (At least until next year when I get to do it all over again.) Anyhoo, if you missed it, please scroll down or click here to read about my new BFF, Nonplussed Toilet Paper Dispenser Alien.

And to celebrate my return, check out this tremendous new gallery of horrible tattoos I collected on the Internet. Also, I know it's going to sound like a fish tale, but I nearly nabbed a tremendous piece of original content while walking on the beach the other day. I passed by the woman pictured below and noticed she had a tattoo down her spine which read, in large letters: "This To Shall Pass" 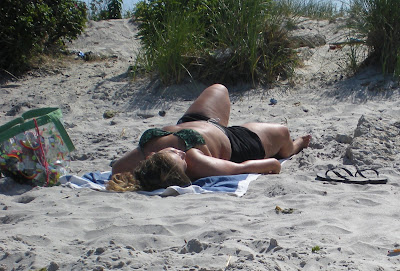 I debated inwardly for the next hour or so how I could possibly get a picture of the tattoo. I didn't want to just take a picture and run, so eventually I put my beach bag down and pretended to be looking through it while I snapped away. Sadly, just as I pulled off my coup, the woman rolled over onto her back. My opportunity "to" had passed.

The one thing I thought about in her behalf was that maybe she was an enormous Buffalo Bills fan. (We were in New York after all.) Maybe, I thought, the tattoo was an attempt to register her displeasure at the signing of Terrell "T.O." Owens. Far fetched? Perhaps. But so is misspelling such a serious sentiment. Here's the rest of the collection. 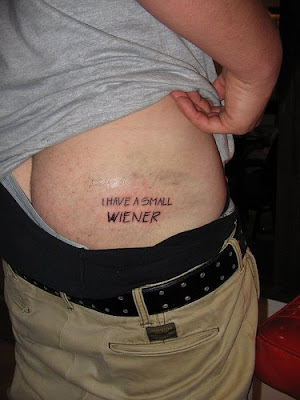 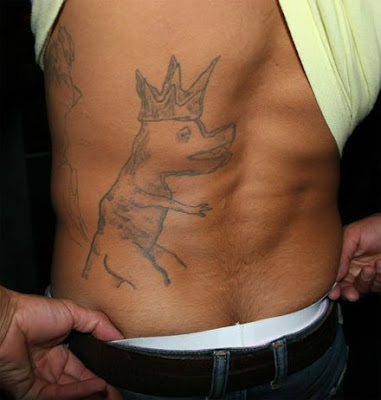 One of the hallmarks of the really atrocious tattoo is an overarching sense of awfulness that runs all the way from concept to execution. This king dragon/dinosaur thing was a bad idea when it was kicking around in the dude's head, then it continued to be a bad idea when the guy sketched it out, and it went right on being a bad idea when the tattoo artist inked it on poorly. This tat wins the triple crown of bad tattooing. 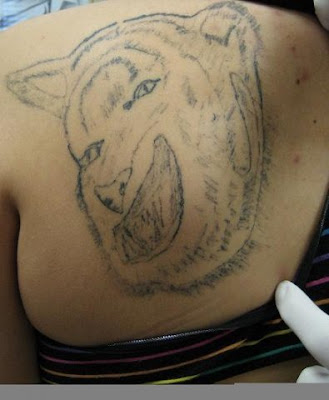 And you can pretty much double everything I said above when it comes to Amorphous Grinning Mongoloid Tiger. 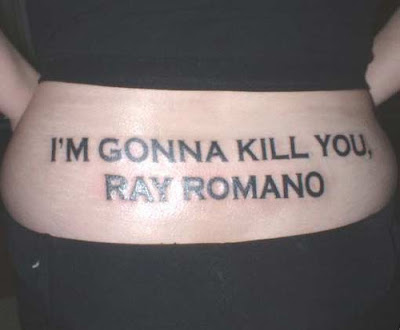 What? How? Why? I feel like this has to be the result of a lost bet. And if that's the case, the winner of this bet may be the coolest man or woman alive. 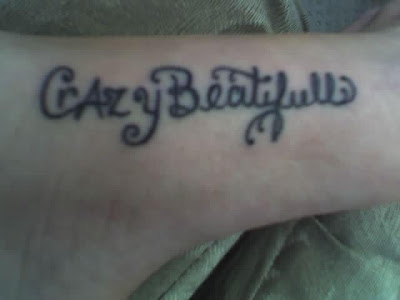 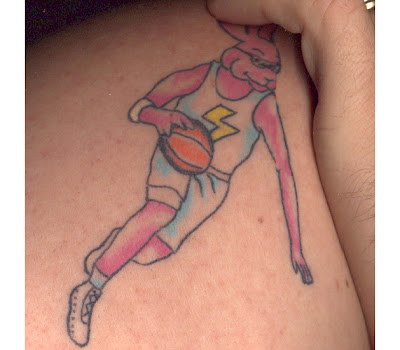 You know, if you go to the doctor and say, "Hey, I want you to re-route my colon so I can shit out of my armpit," the doctor doesn't have to do it. Why haven't tattoo artists embraced a similar philosophy? 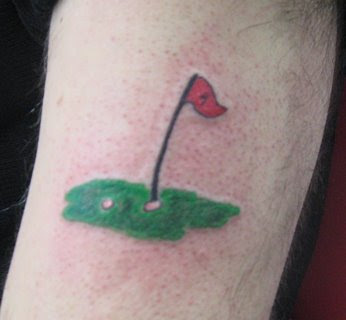 This could be either a bad tattoo or a great one. If the guy's request was, "I want a tattoo of the saddest little fourth green in the world. I want it it be like the fourth hole that would have been on that tiny planet where the Little Prince lived," then this is damn near genius. Otherwise, it's crap. 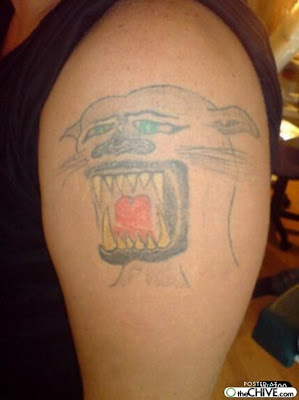 I suppose by definition every tattoo artist has to produce his or her first tattoo. Unfortunately, that doesn't make it suck less if you're the one who gets it. 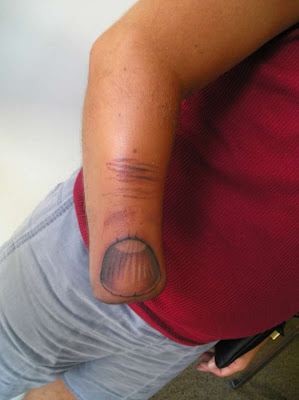 You are a winner. I want to hang out with you. 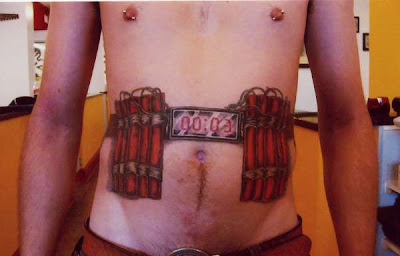 You are a loser and you're not invited to my party. 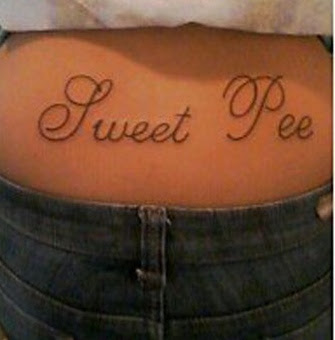 Just because something's sweet doesn't mean you need to drink it. 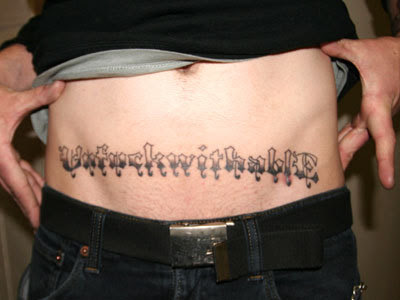 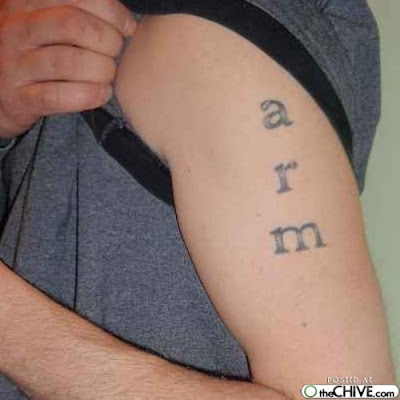 that's DJ Crazy Beat-i-full, to you.