#75 - Are Our Forensics Labs Truly Underfunded? Or Are the Las Vegas, Miami and New York Branches Hogging All the Funds? 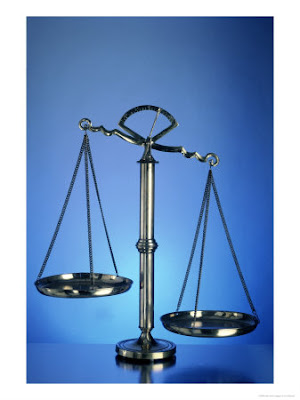 I am not a forensic criminologist. I suppose that’s probably obvious to most of you. I am also not an accountant or an economist. Again, obvious. But I would suggest that it’s precisely because I lack these two accreditations that I’m in a position to solve our nation’s current Crime Lab crisis.

Yesterday, the National Academy of Sciences, the US’s premier scientific body, published a broad study of forensic laboratories around the country. This research found that our crime labs are underfunded, lack a solid foundation in the principals of science and are crippled by delays in analyzing physical evidence. The study chronicled a backlog of 359,000 requests for forensic analysis in one year alone, and also found that fully 80% of crime labs are understaffed.

Now, I know it’s a little presumptuous of me to attempt to untangle a mystery that the mystery untanglers themselves are struggling with, but I submit that these hardworking people may be too close to the problem to see it clearly. The science of criminal forensics is advancing at a breakneck pace. The men and women of the field are convicting criminals and absolving innocents at a rate we couldn’t have imagined only a decade ago. Perhaps staying current with all the new technologies and techniques keeps these honorable crimefighters so busy that they don’t have time to look at the dispersal of funds in their field; or perhaps the labs are so cellular that one hand doesn’t know what the other is doing. But no matter the reason, to put things in an Emperor-has-no-clothes-type statement: I suspect the crime labs in Las Vegas, Miami and New York may be getting more than their fair share of funding.

I’m aware, of course, that these are populous and important locales with healthy criminal populations. But from what I’ve seen, and given the evidence presented in the NAS study, I’d say these three labs have WAY too much money. I mean, in a climate where the labs in Chicago and LA and San Francisco are so cash-strapped they can’t even process basic evidence, is it really appropriate for the head of the Miami lab to wear $1000 sunglasses and drive around in a Hummer made of moon rocks? When the entire West Coast police force is bickering over fingerprint dusting powder, isn’t it a bit unjust that breast implants and Botox are covered by the Las Vegas lab’s HMO?

I mean honestly, even if the CFO of the Miami lab is a cost-cutting savant in the mold of the guy who took the olives out of the airplane salads, is it even possible that he figured out a cost-effective way to have the entire police station constructed out of bulletproof Pyrex and lit from within by green and orange sunlamps? The desks in that place are made of crystal, for goodness’ sake! And in your wildest dreams, can you imagine how the Vegas financial muckity mucks beguiled the home office into building them a $10 million ant farm? It’s a joke!

While I’m blowing the whistle here, I may as well blow it long and hard. The misuse of funds in these labs extends way beyond architecture and insects. The New York lab has these awesome blue lights that can isolate a perp’s DNA if he farted at a crime scene. If a criminal walked by a mirror in his victim’s home they can use Residual Imaging Technology to “rewind” the reflections and nab the guy. They’re following up leads in Europe and China and they have an artificial smelling ap called Bloodhound loaded onto their iPhones for locating victims of kidnapping.

Look, I know no one likes a tattletale, but someone had to speak up. I saw once where the Miami lab used a 3D fax machine to send a murder weapon to New York in about two seconds; meanwhile, the Dallas lab is trying to find someone who still repairs mimeograph machines. I’m sorry, but is human life in Texas and Arizona and Michigan worth less than in New York and Miami and Vegas? It must be. Because those latter three labs are pumping Who songs throughout their buildings and using psychics and ghost seers to solve crimes. It’s like the goddamn Minority Report over there, and it just ain’t right.
Posted by Chris Connolly