#76 - Doody Free: Ethics, Environmentalism and the Disposal of Dog Poo 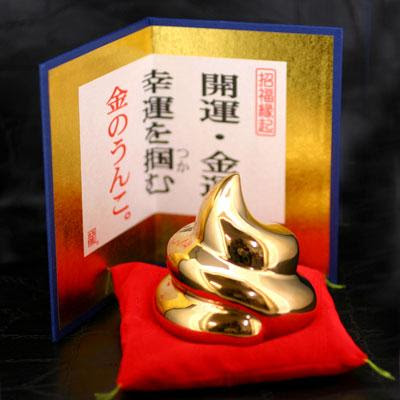 Being an environmentalist—or just socially responsible—takes work, thought and, not infrequently, money. And while everyone (almost) publicly acknowledges the need to undertake the extra effort, when I walk my dog every day (almost) I have to wonder how much of this acknowledgement is just lip service? You see, in my opinion—an opinion formed on countless treks around the same 10 or 15 blocks—nowhere in society is the type of unmonitored, self-motivated commitment that environmental responsibility requires so closely mirrored as in the way people collect and dispose of their dogs’ poop.

Being confronted with a stinky, occasionally amorphous, hunk or pool of steaming dog poop in the late evening is one of the prickliest ethical questions with which a sizeable percentage of Americans wrestle every day. You see, if you live in a quiet area, or when you’re taking a late walk, there’s virtually no oversight out there. The only thing compelling you to clean up that repellent mess is your commitment to civic responsibility and your belief that when we all Do The Right Thing society functions better. 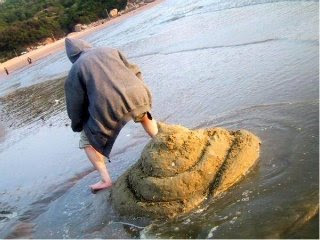 I am not a religious person, but I don’t imagine your major holy figures directly address dog poop disposal in their various scriptures. I suppose it’s probably covered in some kind of blanket statement—do unto others, etc…—but here’s what I do know: Judging by the amount of uncollected dog poop festooning the lawns around my neighborhood, a lot of people, god-fearing and non, are not living up to generally accepted standards of civic responsibility.

Because, frankly, dog walking is a bit of a boring chore, I have done a good deal of quality cogitating on my responsibility towards the irresponsibility of people who have preceded me at popular pooping spots. For a long time, my policy, upon encountering an uncollected poop close to a poop under my jurisdiction, was to pick up both poops.

Unfortunately, it is not always easy to collect two poops in a lone bag, and the Orphaned Poop Collection Project occasionally had, shall we say, disastrous results. For a while, I abandoned the OPCP entirely, but recently I had an experience that caused me to reevaluate my philosophies on the matter.

So, standing there in the flickering of the streetlights, here was the question I had to answer: Was I obligated to pick up this non-terrestrial poop? Or, as it basically occupied ungoverned, borderless territory, like the tax free zones at airports, had I, via my long karmic association with the OPCP, finally earned a “Doody Free?” 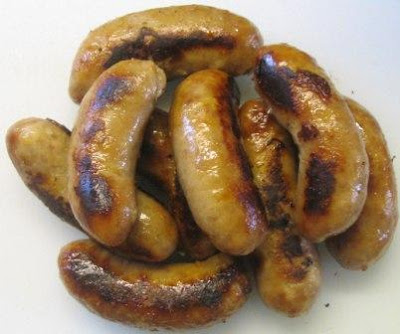 I circled the poop several times to discern whether my portion of poop presented any danger to foot traffic in excess of that poised by the original deposit. In the end, I decided if someone, say, a jogger, was running swiftly by, it might be possible that the “second floor” my dog had contributed would increase the odds of a “top graze,” however, shoe contamination by orphaned dog poop mostly occurs via a downward placement of the foot and as the top poop did not increase the circumference of the danger zone, I concluded I had zero liability in this capacity.

So, a very slight increase in danger to joggers, versus the fact that I’d picked up a couple hundred hunks of poop on behalf of my neighbors in the past…

My pops is a jogger. I picked them both up.

But honestly, barring that kind personal connection, I’m not sure I would have. With no one watching, and were I not naturally given to over-speculate on life’s minutiae, I’m not sure I wouldn’t have left that double poop out there for someone else to deal with. And looking at the lawns in my neighborhood, and the state of the world, I increasingly get the haunting sense that a lot of people don’t even think twice about leaving their fellow man to clean up their dog poop—or their industrial waste, or their financial garbage.

Environmentalism and social responsibility are Choose Your Own Adventure Books we read on a daily basis. I always considered the goal of those books to keep reading and trying new choices until I’d weeded out all the mundane endings and death traps and found that one Ultimate Storyline that lead to glory. But honestly, looking at all the shit lying around, I feel like a lot of people are content to succumb to a rattlesnake bite on page 43. 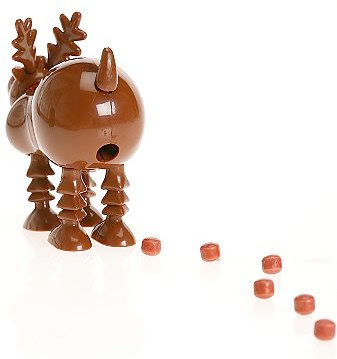 funny thing, at home i pick up most all of my dogs poops, but when i take my dog to work 30min away I see that "no one else does" so i justify to myself that i don't have to. I know it's awful and what I'd really like is to take some one who needs to do some community service and make them pick it up. Maybe in spring I'll do a "Karma Klean-up Day" so I can save up for when I'm a real ass-hole.

As a jogger I favor having dog owners pick up a poops without regard to parentage, but what do you do about a fake (i.e. plastic) poop left in the hospital bed of a sick child?