#101 - WHAT HAS SCIENCE DONE?!? The Incredible Shrinking Water Bottle! 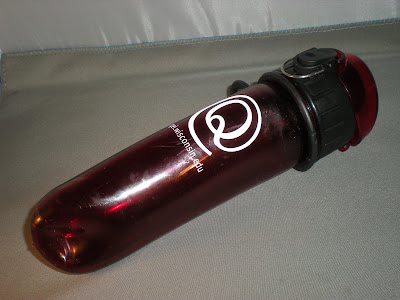 Hey. How's your mind feeling? Is it blown? No? Well, if you want to keep it that way you'd better stop reading right now. See that inconspicuous little water bottle up there? Well it's not as mundane as it seems. In fact, it's probably the most amazing thing I've ever seen in my entire life! Why? Because, until I left it in the car one sunny day, it used to look like this!

Yeah. That's right. I left the bottle in a hot car for a mere six hours or so and the damn thing Shrunky Dunk on me! My wife got two of these bottles, so lets look at them side by side. 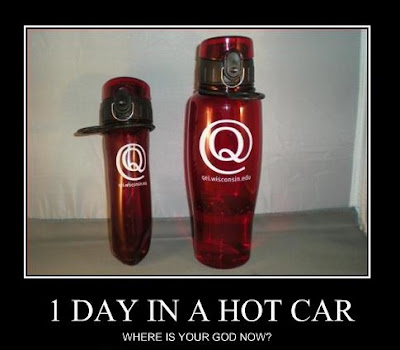 As you can see, initially the bottle contained a bit more than 24 ounces of liquid... 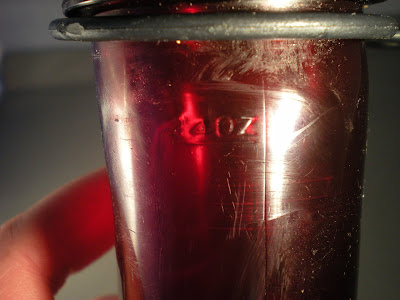 ...I just measured its volume today--it holds less than 8 ounces of fluid!

Obviously, there's some magic at work here. Personally, I'm hoping it's the car that's enchanted rather than the bottle. You see, if my car turns out to be a Magic Shrinking Machine, then we could put all the pain and strife and suffering in the world in there and reduce it down over a couple sunny days. We could also use my magic car to shrink people's tumors and goiters and maybe even zap barrels of untreatable toxic waste down to a more manageable size.

I'm planning to test the car's power tomorrow by leaving my recycling in there. (The can's nearly full and the guys don't come again for 12 days.) Sadly, I have a sneaking suspicion the magic's contained in the bottle because, well, I've been in that car lots of times and I'm still fat.

This can be explained by the way the bottle was made. It was probably made by stretching the plastic while it was pliable, when it was hot. Then, as it cooled, it kept its expanded shape. In the hot car, the plastic softened and shrank.
It's the same principle as heat shrink wrap. :)

Yes, it's not special at all, just that the bottle is poor quality. Try the same with a small yoghurt cup, you will find that it reverts into a tiny disk.

Too bad you can't blame the enchanted car on your penis.